We are very sad to announce the death of Kenneth V. Jones – New Music Brighton’s oldest member.
Click here to read a full obituary
A concert in his memory will be played in the Seaford Music Society‘s season in March 2022

In 2019 members of New Music Brighton recorded a version of Terry Riley’s “In C”. We have now followed up with our own track: “In C-19”. The elements were individually recorded by 14 members of NMB and their friends and Roger Harmer has assembled these and created a first version on SoundCloud. Comments on the track are welcomed before release!
https://soundcloud.com/roger-harmar/in-c19-sept-21-rehearsal
––––––––––––––––––––––––––

• The concert by The Aurora Trio (flute, viola and harp) will be on November 12th. It will include music by Arnold Bax, Malcolm Lipkin and nine NMB composers.

• On July 6th Phil Baker’s ‘Four Ostinato Pieces for Wind Quartet’ and Peter Copley’s ‘Die Nacht ist Kommen’, were given by the Mistral Quartet at a Music and Wine concert at St Luke’s, Brighton.

• On 21st June in a Brighton Fringe Festival concert at The Friends’ Meeting House in Brighton, violinist Sian Philipps gave a concert including John Hawkins ‘Nocturne and Cortège’ as well as works by Egon Wellesz, Gerald Finzi and Vaughan Williams.

• On Wednesday June at 7.00 pm the Musicians of All Saints concert at Hamsey Old Church included a new work for string quartet by NMB member Ellie Blackshaw. The concert also included quartets by Haydn and E.J. Moeran.

• May18th 2021 The Mistral Quartet performed Four Ostinato Pieces for Wind Quartet by Phil Baker together with Peter Copley‘s Die Nacht is kommen at the Birley Centre, Eastbourne. The same concert will be given at Music & Wine at St Luke’s on July 9th 2021. 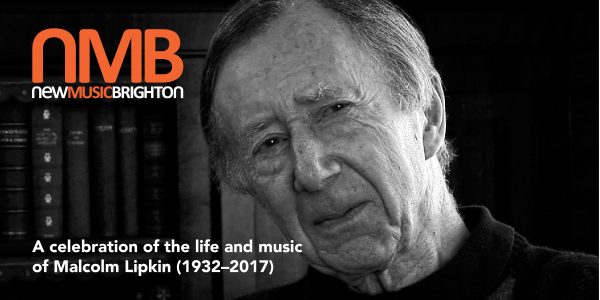 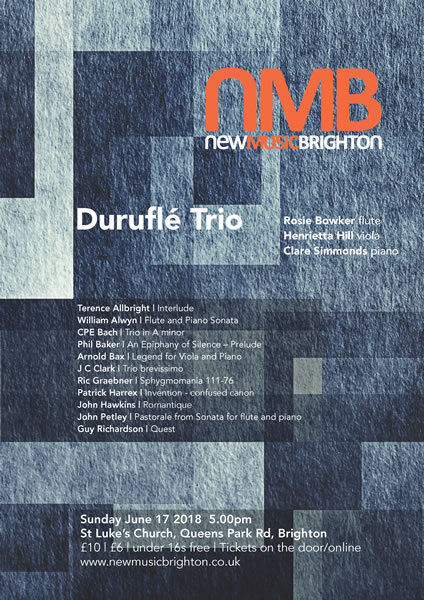 Now in it’s fourth year, our annual concert with the New Music Brighton composer collective sees us perform an array of their miniatures alongside the UK premiere of Chaya Czernowin’s Ayre: Towed through plumes, thicket, asphalt, sawdust and hazardous air I shall not forget the sound of, alongside two of our call for scores commissions (Mirela Ivicevic and Sylvain Marty)
After the music, join us for food and drinks at the our afterparty at a nearby pub!
« Older Entries