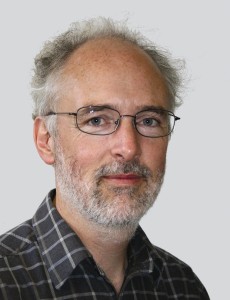 Julian studied composition with Robin Holloway and Robert Saxton, and piano with Philip Mead and John York.  More recently, he has also studied with the composer David Matthews.

Compositions include a symphony commissioned by Horsham Symphony Orchestra, which gave the premiere under Steve Dummer on 19th June 2010;  Points of Departure, a concerto for strings commissioned by the Musicians of All Saints; Intermezzo for orchestra, commissioned by the Music Society of University College, London;  various vocal and choral compositions; and a range of chamber music, including three string quartets.  Work for piano includes the Sonata Across Four Elements, most recently performed by Adam Swayne (Chichester 2009).

Recent compositions include Under Your Feet (2008) for soloists, chorus and orchestra (incorporating ‘The Flowering of Flint’, commissioned by East Sussex County Council in 1997, with four new movements) and Gallop apace!  for soprano and piano (2008), most recently performed by Lisa Swayne (soprano) with Terry Allbright (piano) in January 2012.

Other recent vocal music includes Death and the Woodcutter, from A Fountain by a Wood, sung by Eliana Pretorian with pianist Sergey Rybin (St.John’s Smith Square, 2008), and the complete song cycle sung by Sally Bradshaw at Holy Trinity Church, Prince Consort Road, London (2008).

Heading Down, a setting of three poems by Abi Curtis for speaker and viola, was premiered in April 2009, and an innovative new work for speaker, viola, clarinet and piano, The Long Negation (text: Peter Abbs), was premiered in Brighton in March 2011 by Julian’s new ensemble, ‘Pedlar’s Dream’. In May 2011, the Regency Ensemble gave the premiere of String Quartet No.2; Earth and Angels.

Shadow Play, two further settings of Curtis for baritone and piano, will be premiered shortly by Jeremy Huw Williams and Nigel Foster (York, April 2012).  Other recent work includes Rain at Midnight, a setting (for the same combination) of six poems from Paul Matthews’s  collection ‘Slippery Characters’ (2011).

Julian currently convenes the music programme  for the Centre for Community Engagement at the University of Sussex, where his work includes running a community orchestra for adult learners of all abilities.