Lee Westwood is a winner of Riot Ensemble’s 2016 Call for Scores. His large-scale work ‘Florescence’ will be performed at a 5pm concert on October 29th at St Nicholas Church (Dyke Road) alongside a dozen miniatures by fellow NMB members. See the post below for full details and our concert flyer.

Here is an interview conducted by Riot Ensemble’s Aaron Holloway-Nahum in March 2016, shortly after Lee was announced as the winner of the competition.

Please come to the concert to meet Lee and hear his extraordinary new piece! 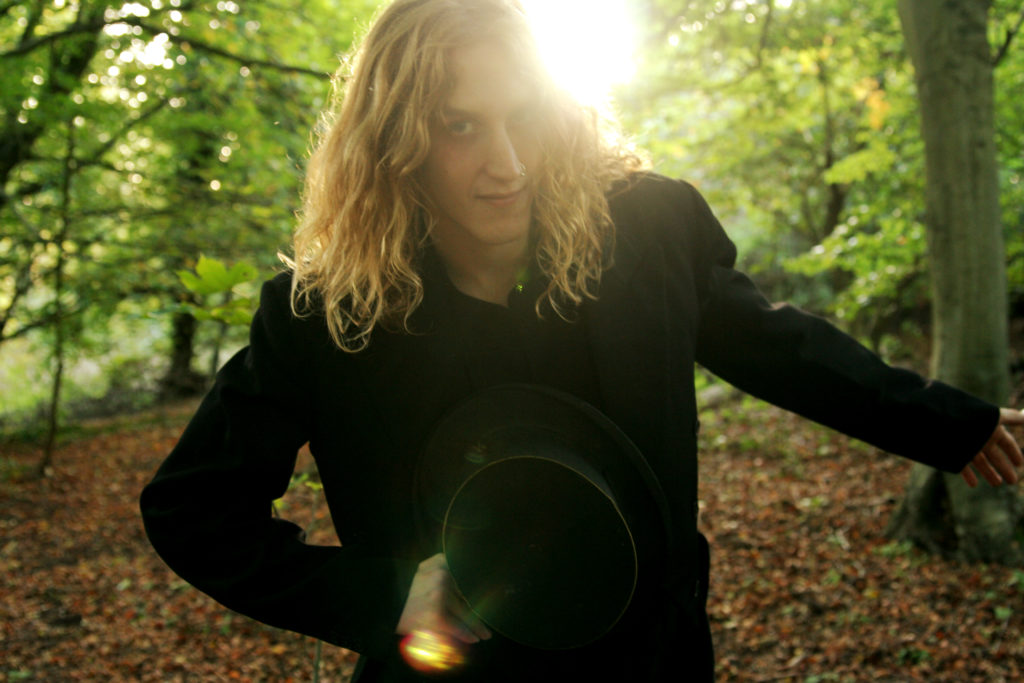 You are both a performer (guitarist) and composer. Does your work as one influence the other?

Yes, I think unavoidably so. For many years, all the music I wrote was really intended for me to perform myself, so over that time the two had been inseparable parts of the same thing: my relationship with my instrument (the guitar) and with music. I think that kind of relationship also leaves you with a very deep sense of the importance of the tactile qualities of the music you write – how it feels to play – and that’s something I try to sustain when writing for other instruments. Whether I’m always successful in that is another question… On the other hand, that very close relationship with the guitar was the reason I had to distance myself from it for a while, in order to break away from thinking like a guitarist all the time when composing!

You were self-taught for a long time as a composer (and musician), but I believe you’ve recently taken up PhD studies? What is it like to be studying for the first time? Has it been a positive influence on your work?

I am indeed in my third year of a PhD at Sussex with Martin Butler. To be honest, as an undergrad (I studied Psychology at Sussex years ago), I was a terrible student within an academic context, and spent all my time playing guitar, transcribing music I loved, and composing. After scraping through my degree I thought it would be a great antidote to enroll on a Jazz course, but only lasted six weeks there – I just couldn’t sit in a classroom for another minute! So, many years later, it’s great to be back, studying what I love formally, and on my own terms. To be honest, it’s really just an extension of what I do day to day anyway, but perhaps there’s something about the academic environment which makes you question your motives a bit deeper, helps to focus your practice a little. It’s just a shame that time moves so fast – I feel like I’m just getting started!

One thing that we definitely think helped bring your work through the many entries in the call is its very strong and distinctive voice. Do you feel like you have a ‘personal style’ in your composing? Could you describe your own style to us?

Ha! Tough question. In a way, I’m the worst person to ask – better for people to listen and make their own mind up. And what’s more – I’m aware this sounds a little evasive, perhaps pretentious, but it’s true – if we’re talking about the very voice of a music, and not just the superficial surface elements that help convey it (as meaning is to a sequence of syllables), music is what I use to say the things I can’t say with words – so of course I can’t tell you here what they are…

One thing we felt about your music was that there was a sense of lightheartedness and playfulness – at times joy – that came through really strongly in the pieces we heard. Is this something you agree with? Do you seek out these characteristics purposefully, or are they just a byproduct of other focus in your work?

There’s definitely a particular kind of energy and excitement I enjoy feeding into my music – perhaps this can be joyful at times – and sometimes it can be lighthearted, but I’m not sure I’d call this a general characteristic: my music is not always difficult, but I think lightheartedness is the wrong word. I strive to give all my music an immediacy about it, regardless of whether its message is simple, or very complex. But hell, who am I to say, really.

Well, this year I’m very lucky to be part of two great composer schemes: firstly, I’m writing a piece for bassoon and ensemble as part of the LSO Soundhub, which will be premiered at St Luke’s in February next year; secondly, I’ve been working with the East London Community Band through the Adopt A Composer scheme, on a new piece called ‘Barricades’, for a premiere on October 8th in Bethnal Green – two very different projects, both of which have kept me extremely busy. Finally, I also have a series of EPs of chamber music old and new that I’m in the process of releasing, three of which feature the master keyboard skills of the Riot Ensemble’s very own Adam Swayne – so keep your ears peeled for that!

Update! The EPs have now been released and may be found on Lee’s Bandcamp page.