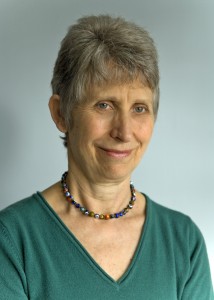 Stephanie studied the piano with Anne Auriol Pattman, Peter Wallfisch, and Eric Hope, and composition with Anne Boyd and Colin Matthews. Stephanie has had a wide ranging career, including playing and composing for contemporary dance, and teaching in primary, higher and special education. Now a freelance, composer, pianist and teacher, she has recently been conducting a series of workshops with the Cobweb Orchestra on a number of Beethoven Symphonies and Piano Concertos culminating last month with a concert at the Sage Gateshead (Hall 2) which featured Evgenia Startseva performing he 4th Piano Concerto.

During the 1990s Stephanie composed a series of works in memory of her daughter Kate Cooper (1981-1991). These include ‘Wedding Songs’ for solo piano, ‘Suite in Ancient Style’ for cello and piano, and ‘Variations on Kate’s Theme’ for recorder, cello and string orchestra, performed in Arundel Cathedral with Michala Petri recorder.

The following decade saw ‘You Can Shed Tears‘, performed in Durham Cathedral by Durham Choral Society & Orchestra in May 2006, ‘Turning the Tide’ for piano premiered by Bobby Chen at Darlington Piano Society in March 2007, followed by further performances in London, the Midlands and North. Weardale Variations, commissioned by Bishop Auckland Music Society performed by Robert Scarmadella in London, Sussex and Cambridgeshire during 2009 and ‘Farewell to Weiss’ for piano duet, composed for Yuri Paterson-Olenich and Evgenia Startseva, and performed in London, Suffolk and Bishop Auckland in 2010.

A recent orchestral composition ‘After the Tide Turned’ has been performed by the Cobweb Orchestra both at Darlington Arts Centre and in York conducted by Catherine Shackell and by the Surrey Mozart Players at the URC Music Society Guildford conducted by the composer.

Swaying Figures in a Landscape (2007) for string octet was recently performed by the Bernardi String Group with choreography danced by school and college students as part of the Farnham Festival (Music for Young People) 50th anniversary event. Scattering Landscapes, a series of short piano pieces derived from the octet have recently been performed in Sussex, London and Darlington by Yuri Paterson-Olenich, for whom they were composed.

Stephanie’s Winter Seascapes from Ospedaletti was performed by Michala Petri at Guildford URC Music Society in October and may feature in a concert of new music which Michala will perform in Denmark at the end of February 2012. Her Wedding Songs was performed by Helen Reid at Darlington Piano Society in November. Stephanie is currently working on ‘Angelic Imagination’, a setting of poems written by Peter Abbs in memory of Kate, for recorder, percussion, soprano and strings, and further orchestral arrangements and compositions for the Cobweb Orchestra.