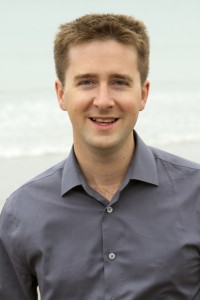 Adam Swayne works with a vast range of musical media and styles that go beyond conventional labelling. He is just as at home giving a solo piano recital or conducting an orchestra as he is organising musical installations in art galleries or composing for amateur ensembles. He takes an inclusive, informative and innovative approach to his music making that is drawing an increasingly large audience.

Adam is a graduate of the joint course between Manchester University and the RNCM. He gained first class degrees from both institutions, and an MMus from the RNCM. Manchester University gave Adam their highest award (Sir Thomas Beecham Medal) along with other prizes including the Recital Prize. Prizes from the RNCM included the John Ireland Prize and an award for performances of contemporary music.

In 2003 Adam was awarded a Fulbright Scholarship to begin doctoral studies at Northwestern University, U.S.A. He graduated in 2006 with distinction, having presented several U.S. premières of works by British composers.

Commissions include St Catharine¹s College Cambridge (Many Dark Actor Playing Games), RNCM (Office Party), Portsmouth Grammar School (SantaDances), leading UK architect John Wheatley (Gridshell), Project Keyboard: EXCEL (Football Crazy), and the Ebony Duo (Tarantella) attracting funds from the Scottish Arts Council and the Hope Scott Trust. His work for Manchester University Wind Orchestra (Go Down Hoe Down) was featured at the International Wind Festival in Glasgow in 2007. Adam¹s piece for trumpet and piano, Lezghinka, was performed at the Millennium Centre in Cardiff at the Brass Final of BBC Young Musician of the Year 2010 broadcast on BBC Television. The performer was Sam Moffitt, who also commissioned the work. In 2011 Adam collaborated with Crawley-based beatboxer Krystal Gob to compose a Beatbox Concerto using a unique notational system, resulting in performances at Chichester University and in Lewes (featuring CoMA Sussex).